The famous lithographer, painter and chronicler Johann Anton Falger began building his private house in Elbigenalp in 1826. As he was still working at the Royal Tax Register Office in Munich at that time, his wife Therese took over the construction management. In 1831 Falger finally returned to his home in Elbigenalp after having worked abroad for years, mainly in Weimar, Jena and Munich. In 1835 he founded a drawing school in his house, which became the forerunner of today's woodcarving school. Falger had a total of 107 students, including the probably best known: Anna Stainer-Knittel, also known as Geierwally. Every child, rich or poor, should have the opportunity to learn something in his drawing school. The lessons were free and were largely supported by donations from the richer Lechtalers. Falger also set up the so-called drawing school fund to finance the school. Falger also used the time in Elbigenalp to write his famous "Chronicle of the Lech Valley".

For this reason he is often called the "father of the Lech Valley". The last highlight in his life must have been the visit of the Queen Mother Marie of Bavaria to Elbigenalp on 19 September 1867. The artist took this event as an occasion to once again reach for an etching needle to make a memorial sheet. In his chronicle Falger proudly writes: "on September 19, 1867 the Queen of Bavaria was with me in the evening from 3 to 1/2 4".

This, albeit only short, honorary visit to the house of the Falger couple was to be followed by many more visits by the Bavarian Royal Mother. It was the beginning of a friendship that lasted until Falger's death, which even prompted the artist to donate his house to the Queen Mother as a summer residence after his death. In his will it is to be read: "Her Royal Majesty the Queen Mother of Bavaria, where I enjoyed many good things for more than 20 years, does not want to be ungrateful, my 2nd house no. 41 1/2 with garden Anger & with all rights, wants to dedicate it subserviently to Her Majesty with exception of the interior decoration and art collection (in the green room & middle corridor, which the museum in Innsbruck shall get)". Johann Anton Falger died on 15 December 1876. Since that time the house was owned by the Queen Mother Marie of Bavaria, who often used it as a summer residence for herself and her son Otto.

In 1889 Marie of Bavaria died and left her house to the parish of Elbigenalp. Just one year later the house was bought at auction by the postmaster Johann Moll and converted into a Gasthaus, which was given the name "Post" because of the post office in it. The post office was located in this house until 1970. 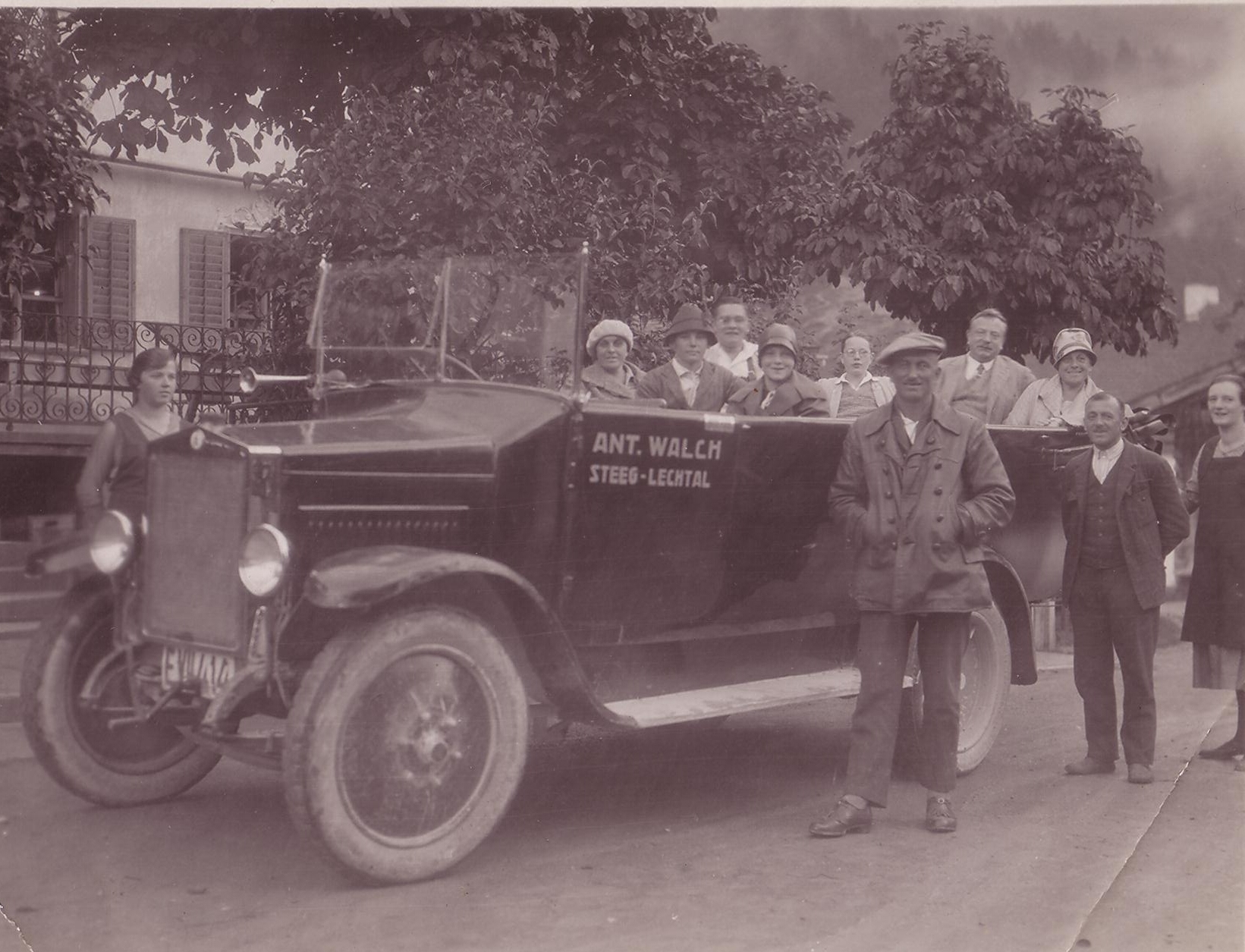 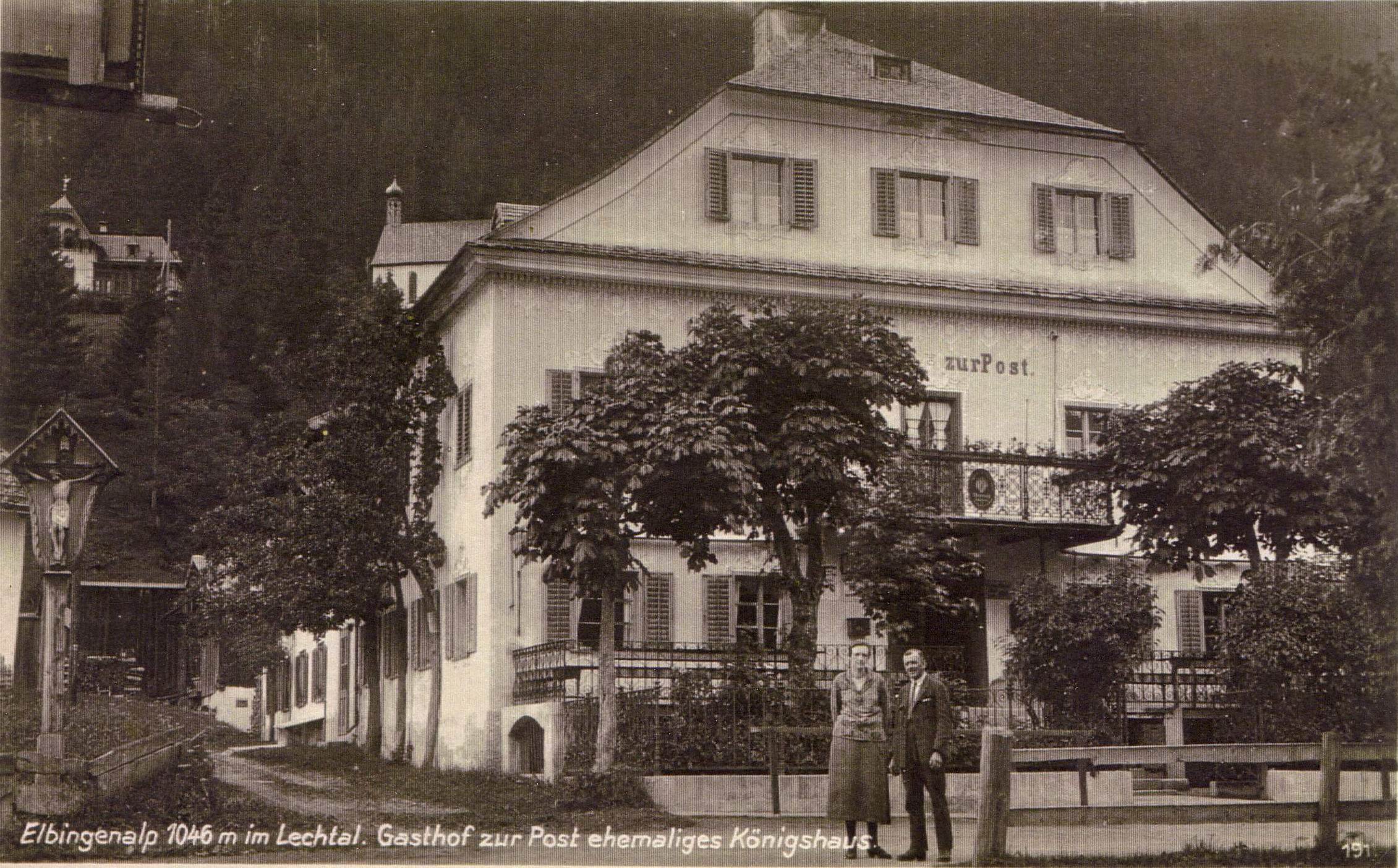 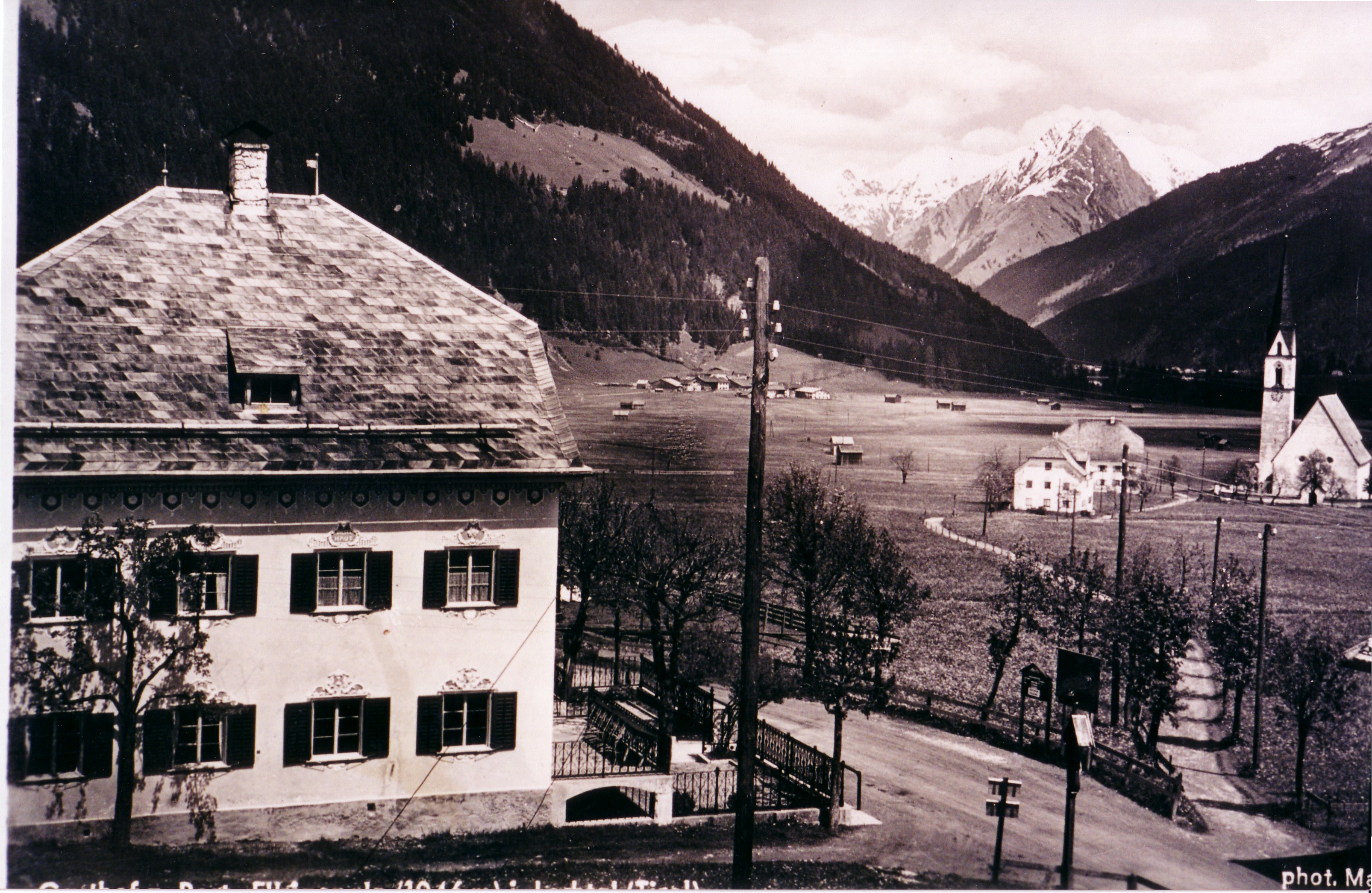 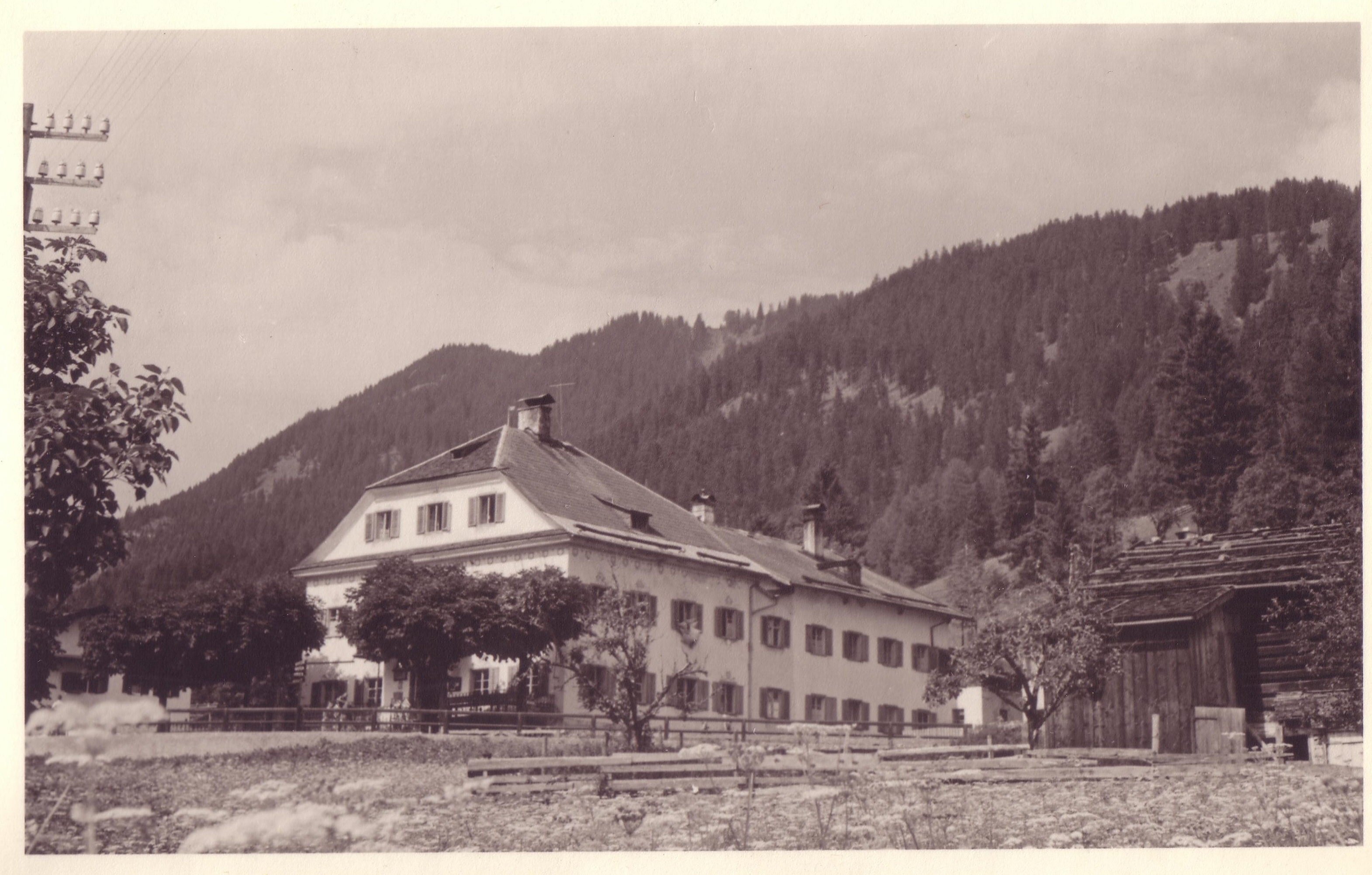 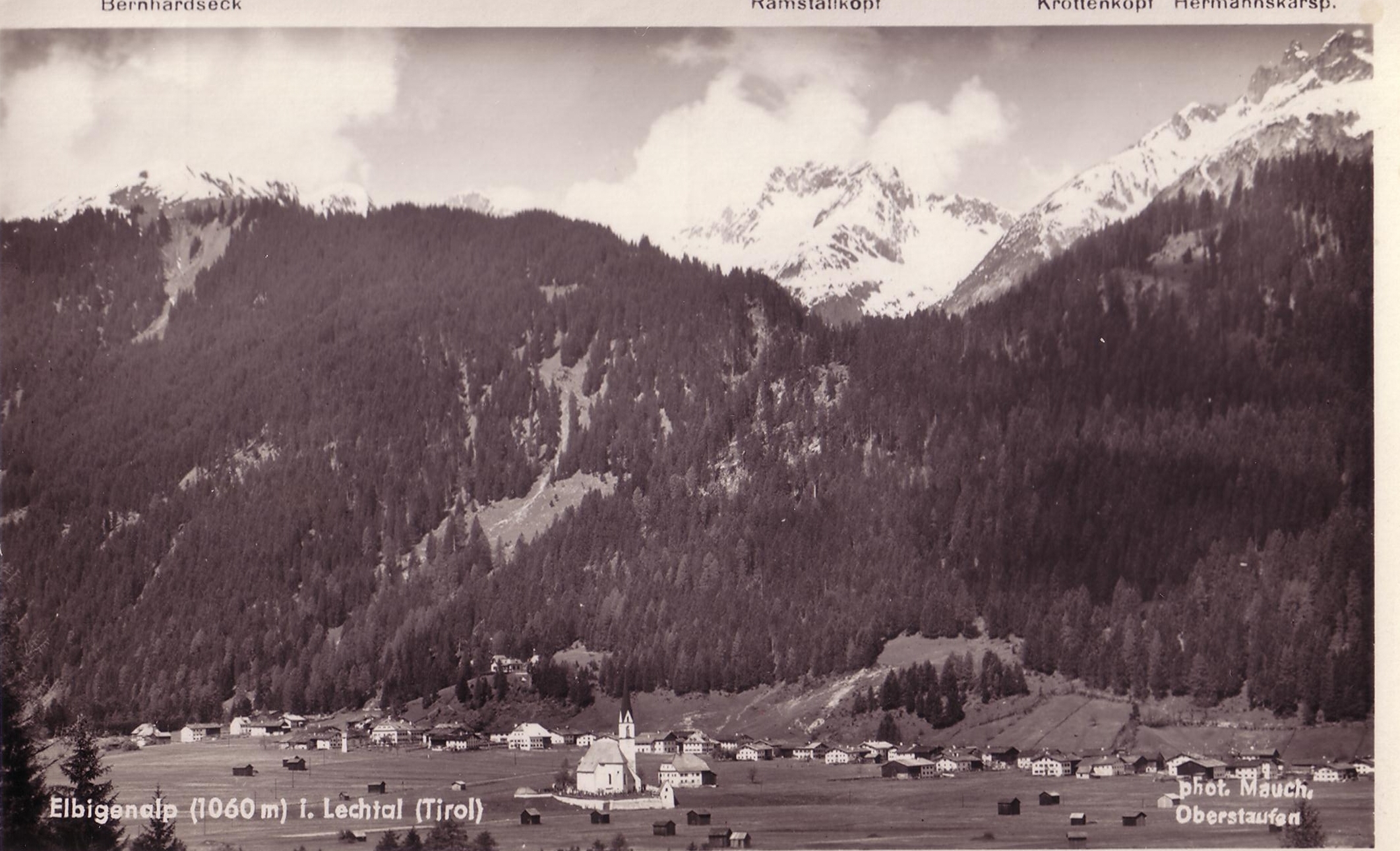 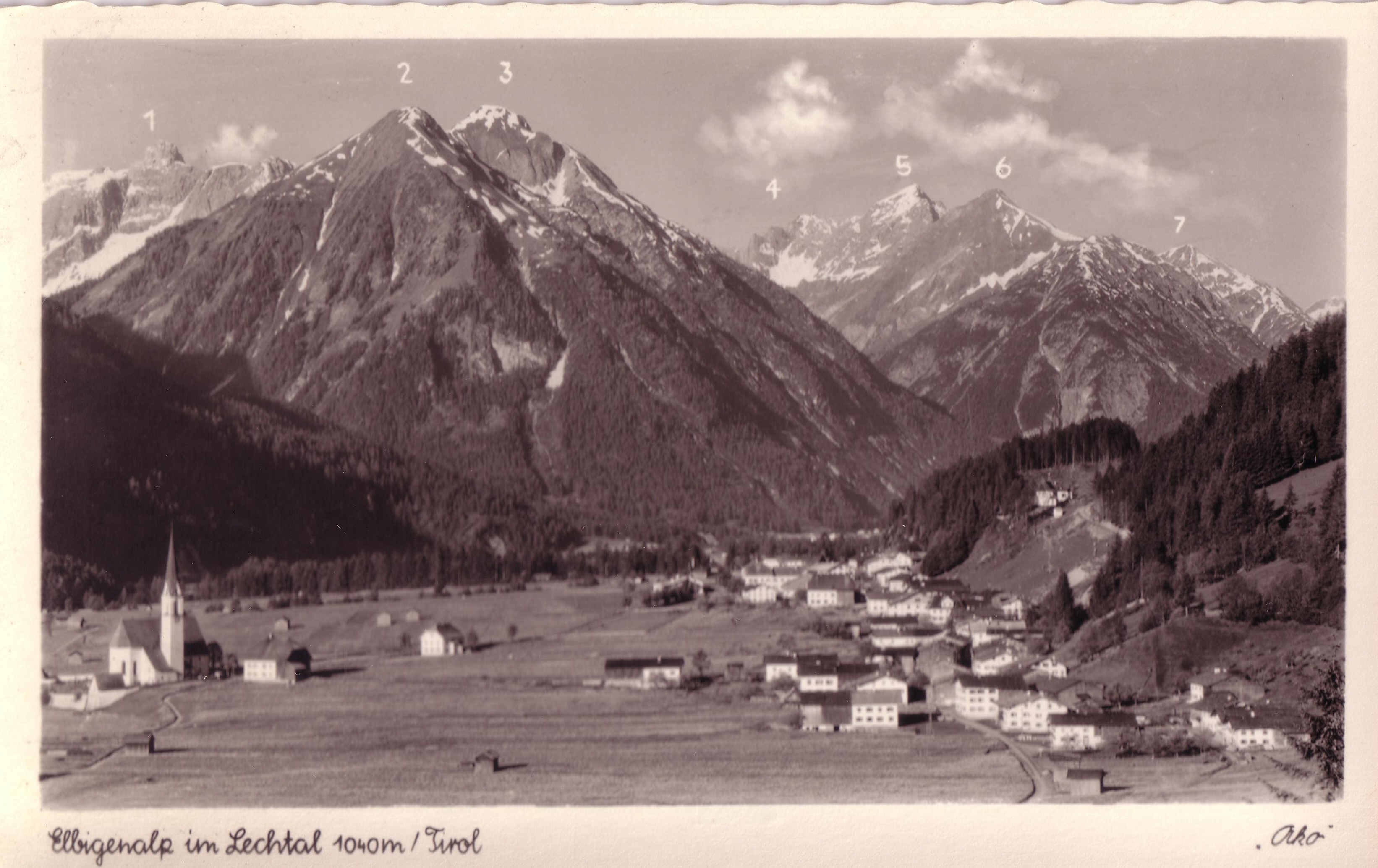